Sony PlayStation Opens Up a Store for Game Hardware and Accessories!

decdeg.com–Google is a technology giant that always introduces new technologies every year. Not a few of Google’s innovations that help people in their activities. But in reality, not all innovations work. There are several technologies that were promised to be present but failed to materialize. There is also a really present but not as expected. Well, recap decdeg.com from MobileSyrup, Friday (11/05/2018), here are some of the technologies that have been promised by Google but considered failed and not according to expectations.

AI that can erase photo objects

In 2017, in the annual event I / O, Google introduced an artificial intelligence that can magically remove an object in the photo. When the company is headquartered in Mountain View, USA is showing off a picture of a child playing baseball that is blocked by a fence. Technology artificial intelligence aka AI is then able to remove the object of the fence in the foreground of the child. But until now, this feature has not been released by Google and is not clear progress.

Still remember Google Allo? This chat application introduced in Google I / O 2016 and arguably quite horrendous. Because Google at that time promises interesting features in this application and even digadang be like the iMessage from Android. 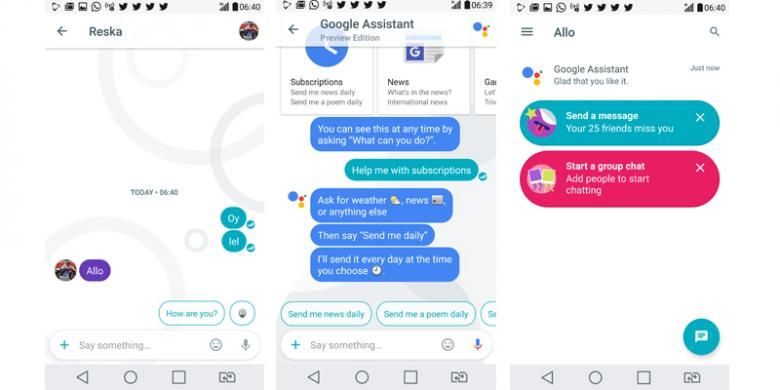 Google has indeed released this app. But after the launch, Google Allo turned out to be a lot of criticism. This app is not as expected and not as promised Google at the beginning. Even Google Allo does not carry features that are considered important, such as SMS support. Google also recently decided to delay the Google Allo project and claim to focus more on the development of new messaging applications.

Doze is a battery saver feature that is present first on Android M. This feature was introduced in the Google I / O 2015 event last. Doze arguably a useful mode to minimize battery power consumption when the phone is in standby condition. However, this feature also invites a lot of criticism in cyberspace. The reason, the user feels no change at all well when the mode is turned on or off. The battery remains drained even if the phone is in standby mode. Doze is considered a battery-saving feature that failed. Even this year, Google seems to be pulling the feature and replace it with Adaptive Battery mode that is claimed to be more efficient.

Just like Doze, Google Now on Tap is also first present on Android M which was introduced 2015 ago. This feature is capable of scanning the user’s mobile screen and then displaying information related to what is being displayed by the screen.

This feature was staying digadang would facilitate users in finding information. But in fact, Google Now on Tap is not very useful. Some users prefer searching for information manually through the Google search engine rather than using this feature.

Is Blogging For Everyone?